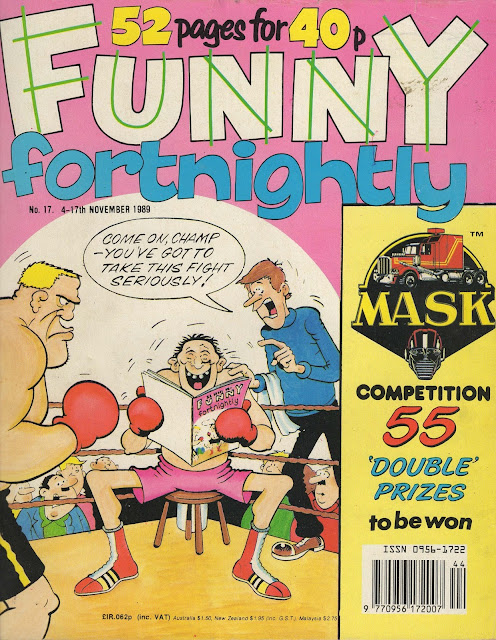 The cover is based on Krazy comic 1977 this time the cover is glossy..and no 'ello I'm cheeky!
Also missing off Mike Lacey's signature!!!!! also the boxer has lost the plaster on his forehead!!!! 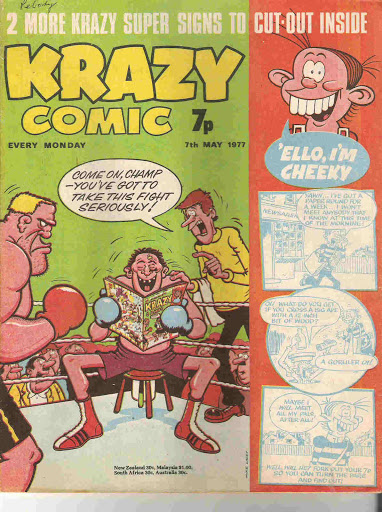 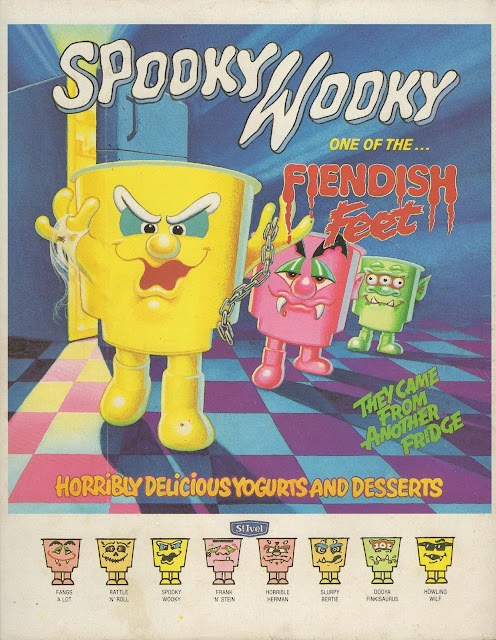 advert on back of comic.. 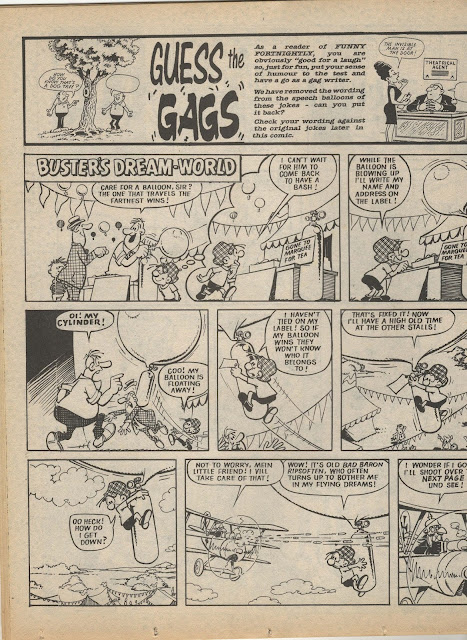 It has a game to guess the gag which is quite fun...I'm sure you got it right..check below.. 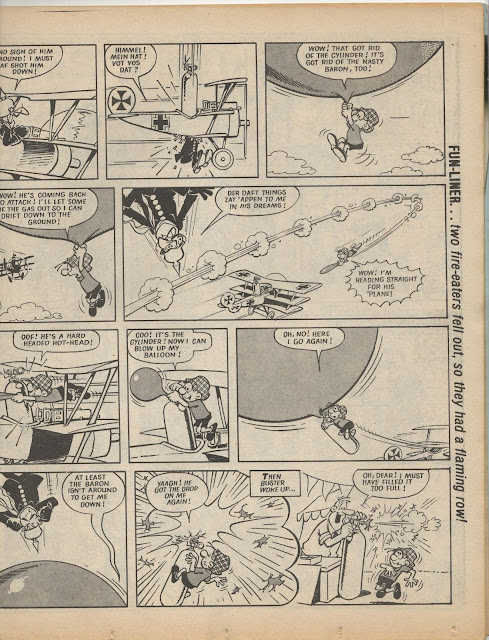 It was quite nice these jokes alongside each reprint page.. The Fun Liner... 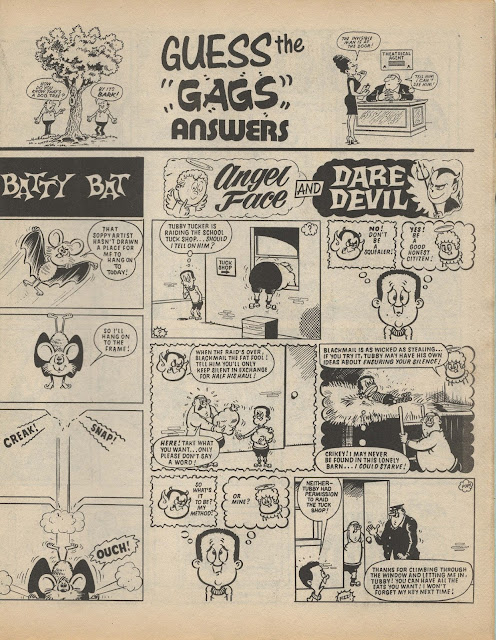 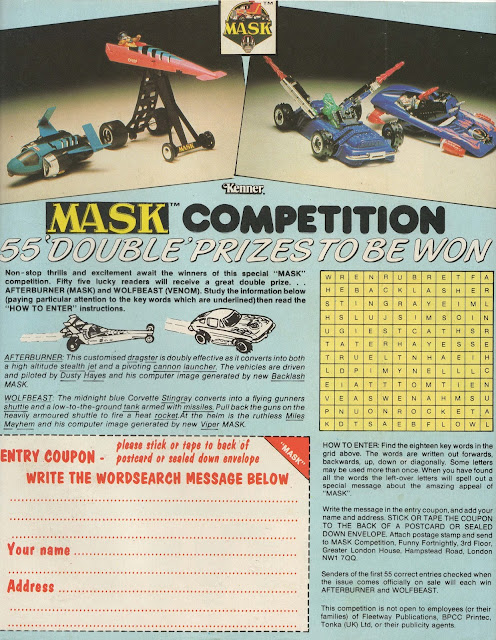 Competitions were often in Funny Fortnightly.. 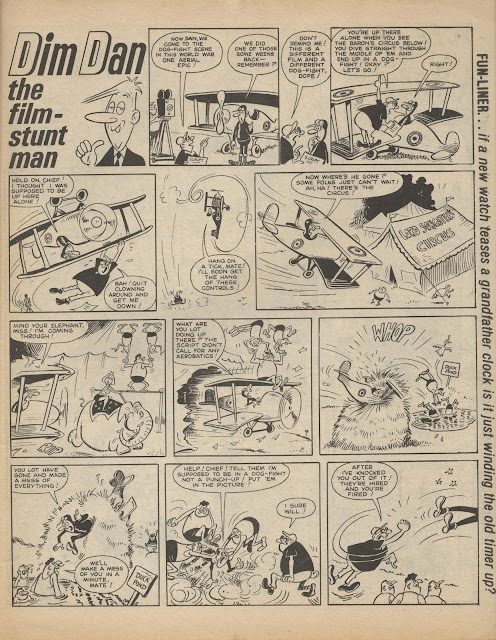 This is a reprint from Buster 1972....But was originally from Film Fun early 60's!
By Reg Parlett 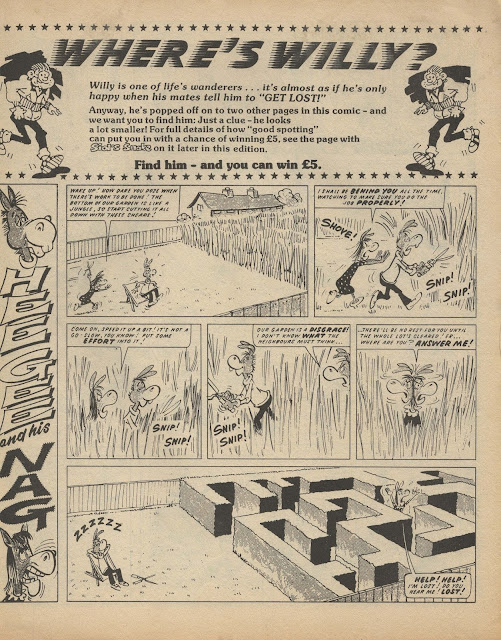 Every Fortnight you had to find Willy hiding in the comic... 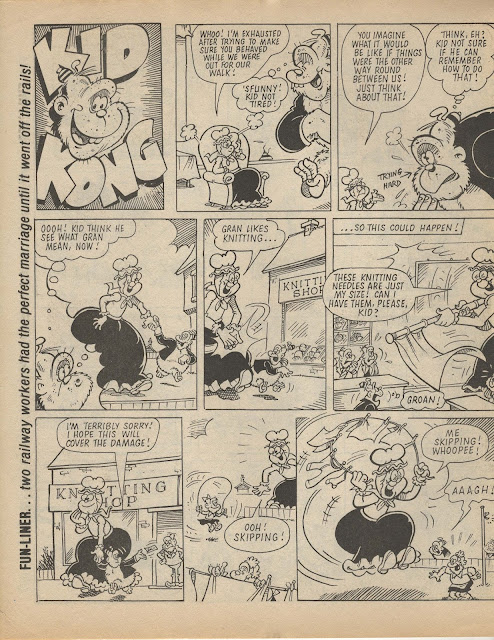 He's hiding in the bottom corner...so quite tricky to spot... 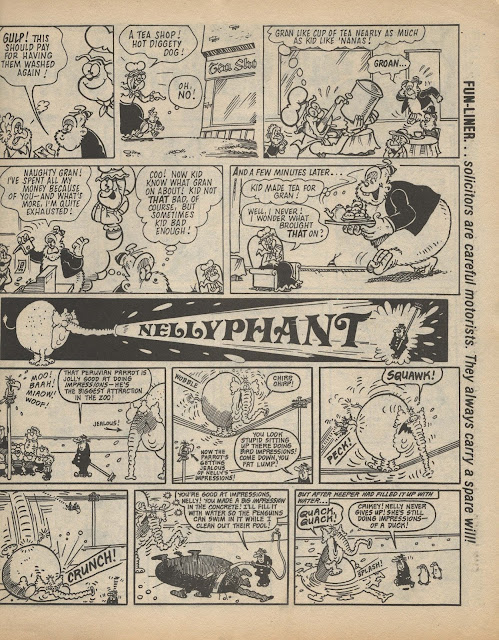 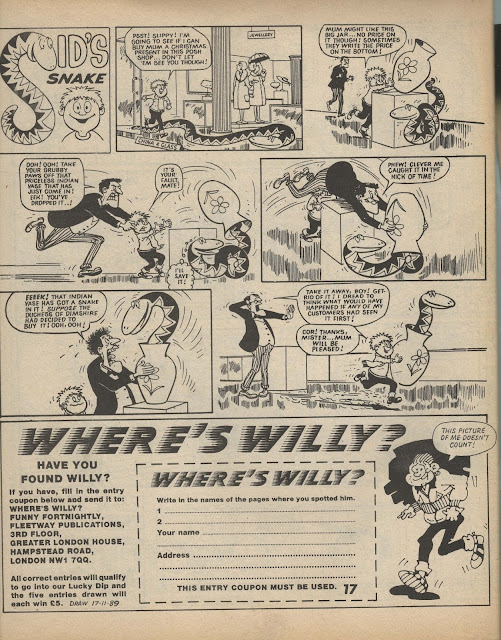 Sid by Mike Lacey
£5 was a nice prize! 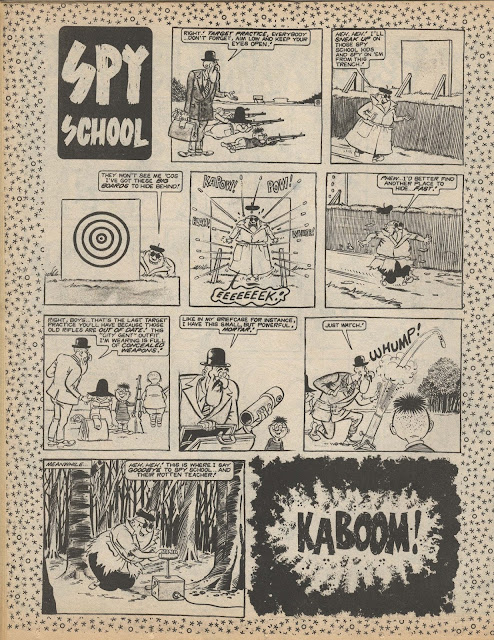 They reprinted from comics that were thinner
this has a decorated border sometimes this is filled in with small jokes..
This is from Whoopee! 1974 when it was thin...Cor!! comic shape..so this was different from Big Comic Fortnightly..which avoided thin comics and the early 70's.. 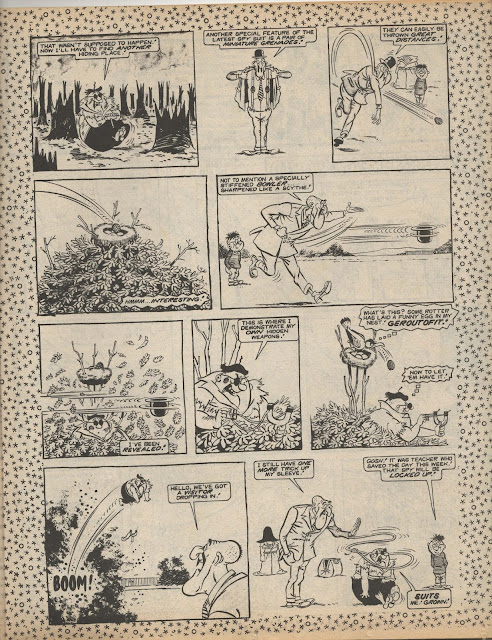 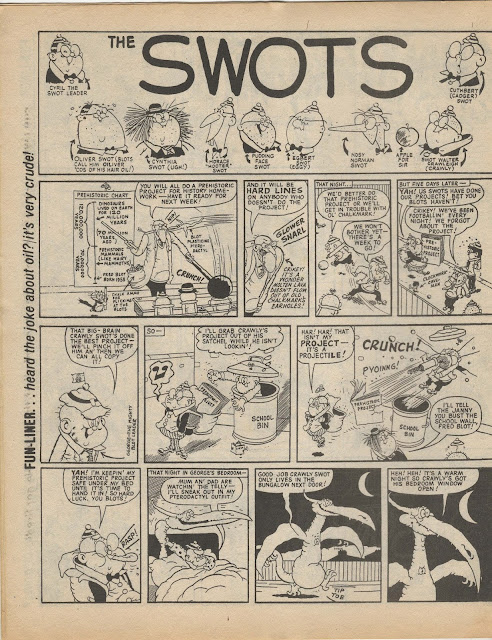 Leo Baxendale's super The Swot's and the Blots... 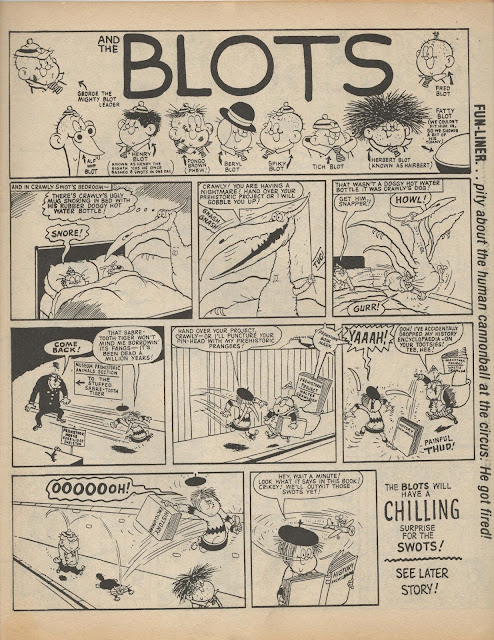 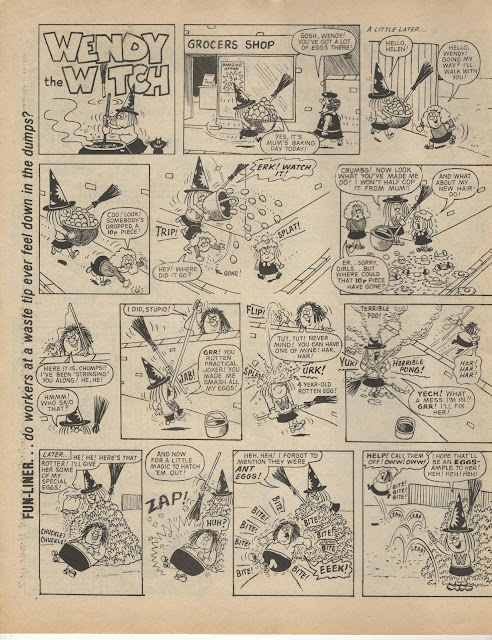 Thanks for the plug Peter, and it's great to see FF getting more coverage online!