Beano stars in other pages.. 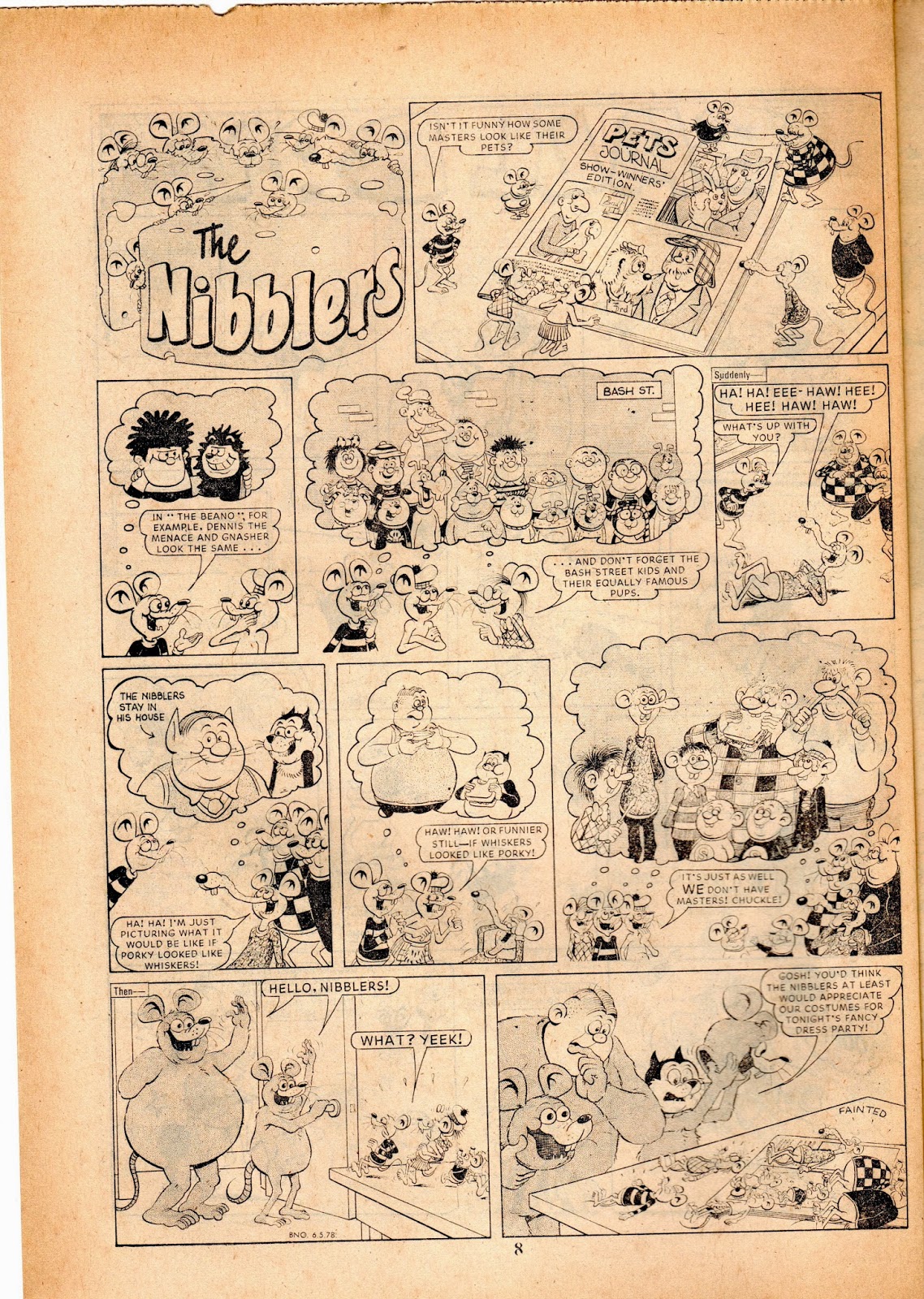 Its fun seeing artist draw other characters not by them in there stories...the nibblers owners were so weird I just had to show this...

The following stories below all had this all in one issue... 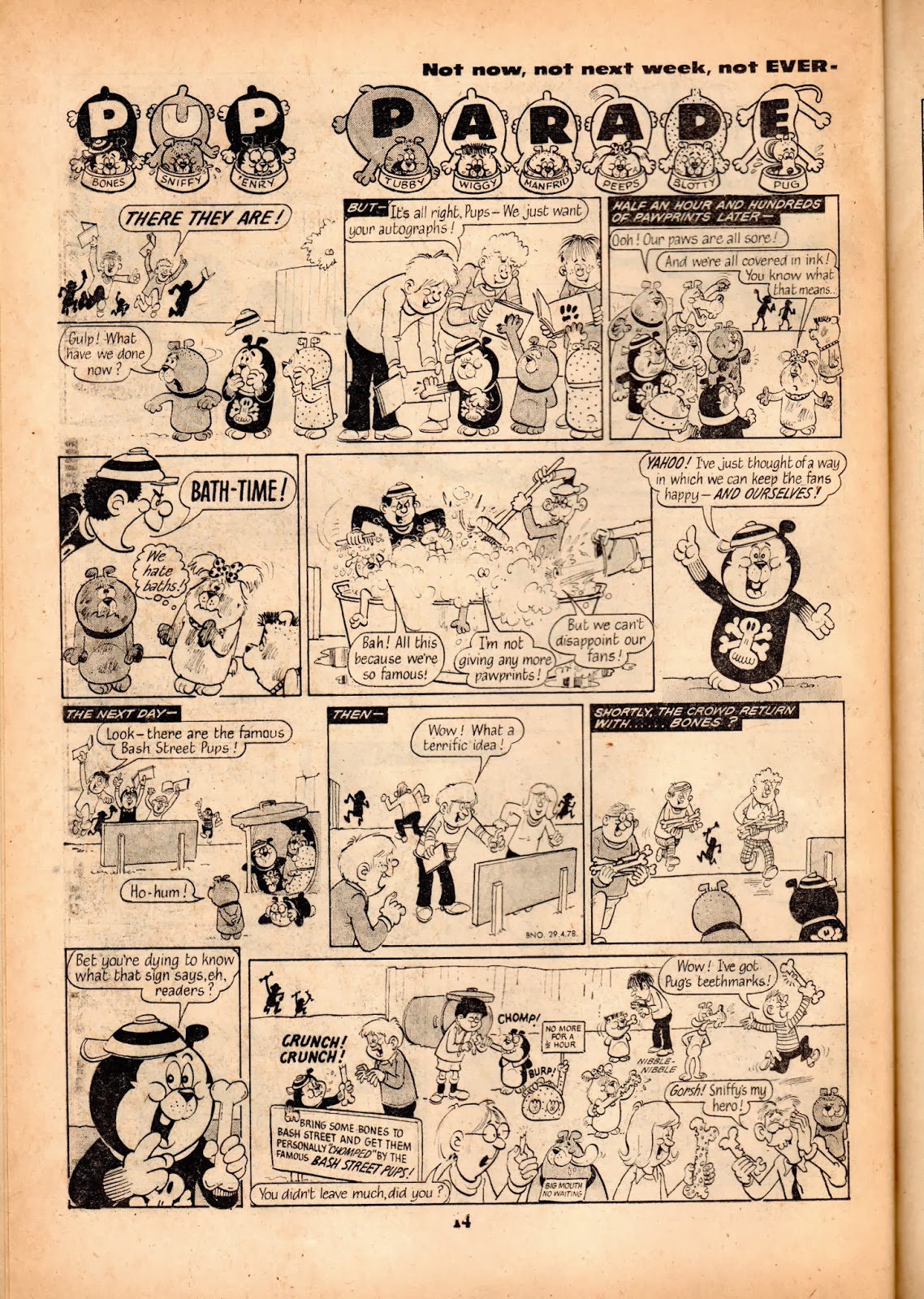 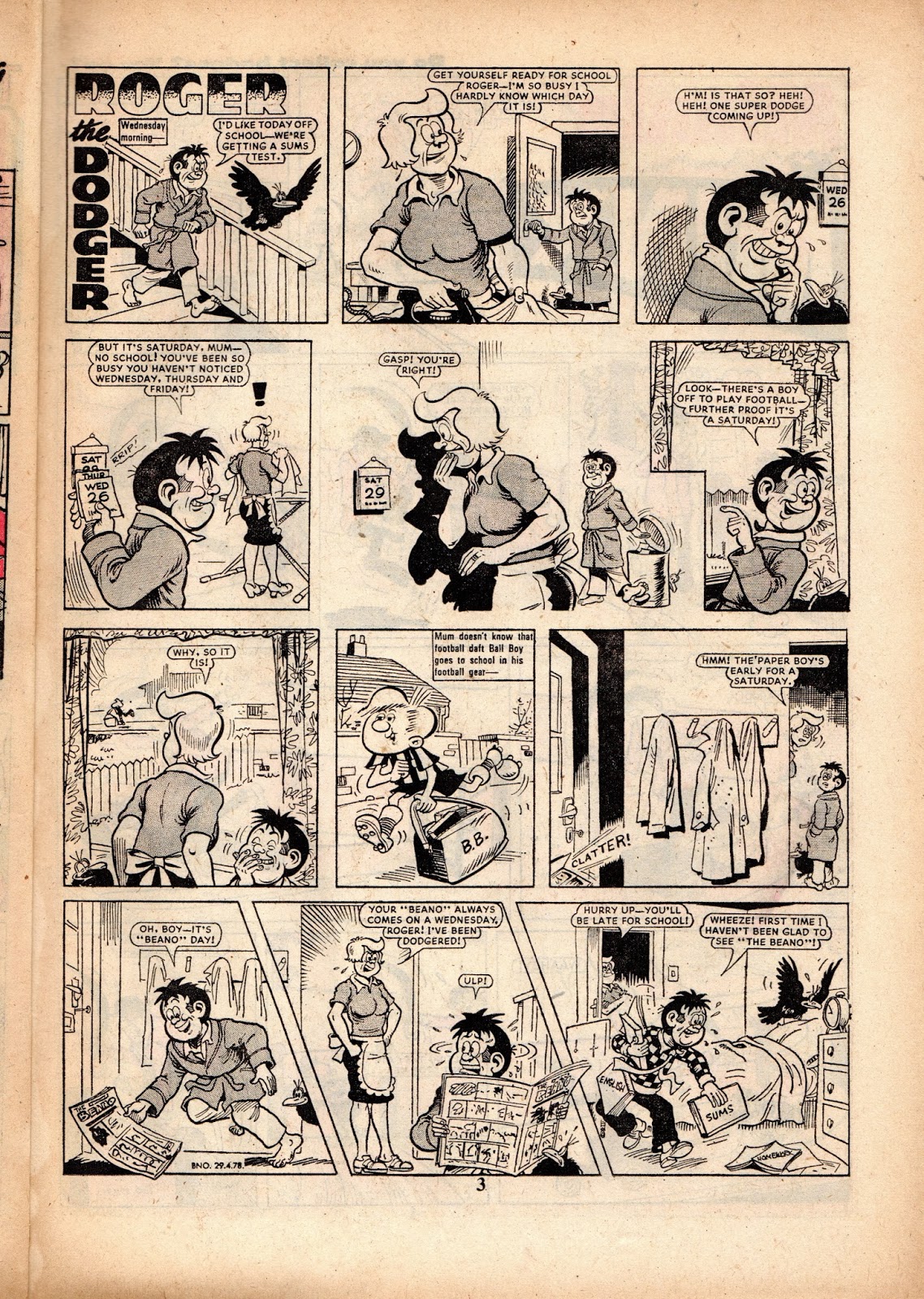 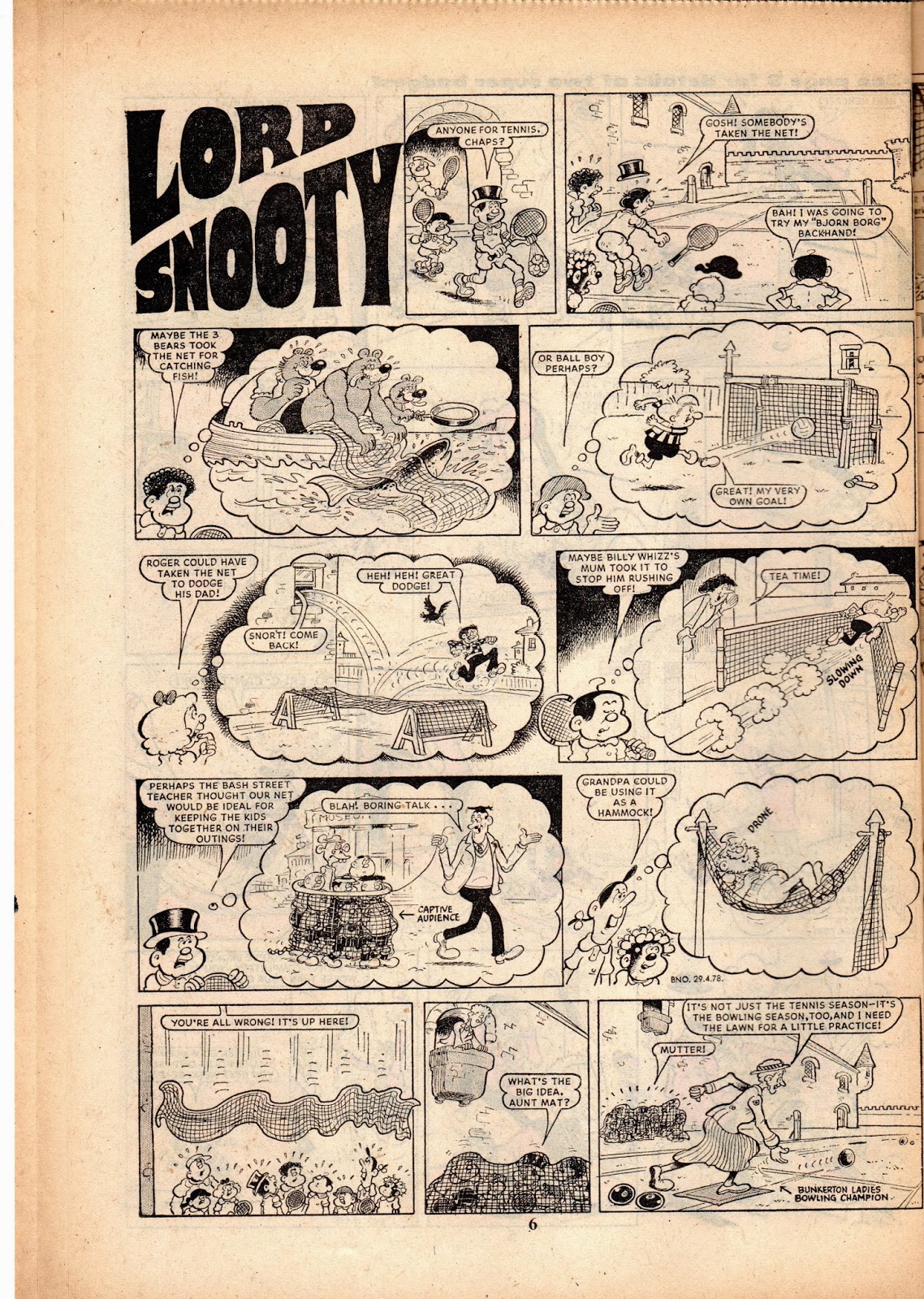 Lots of characters by Jimmy Glen.. 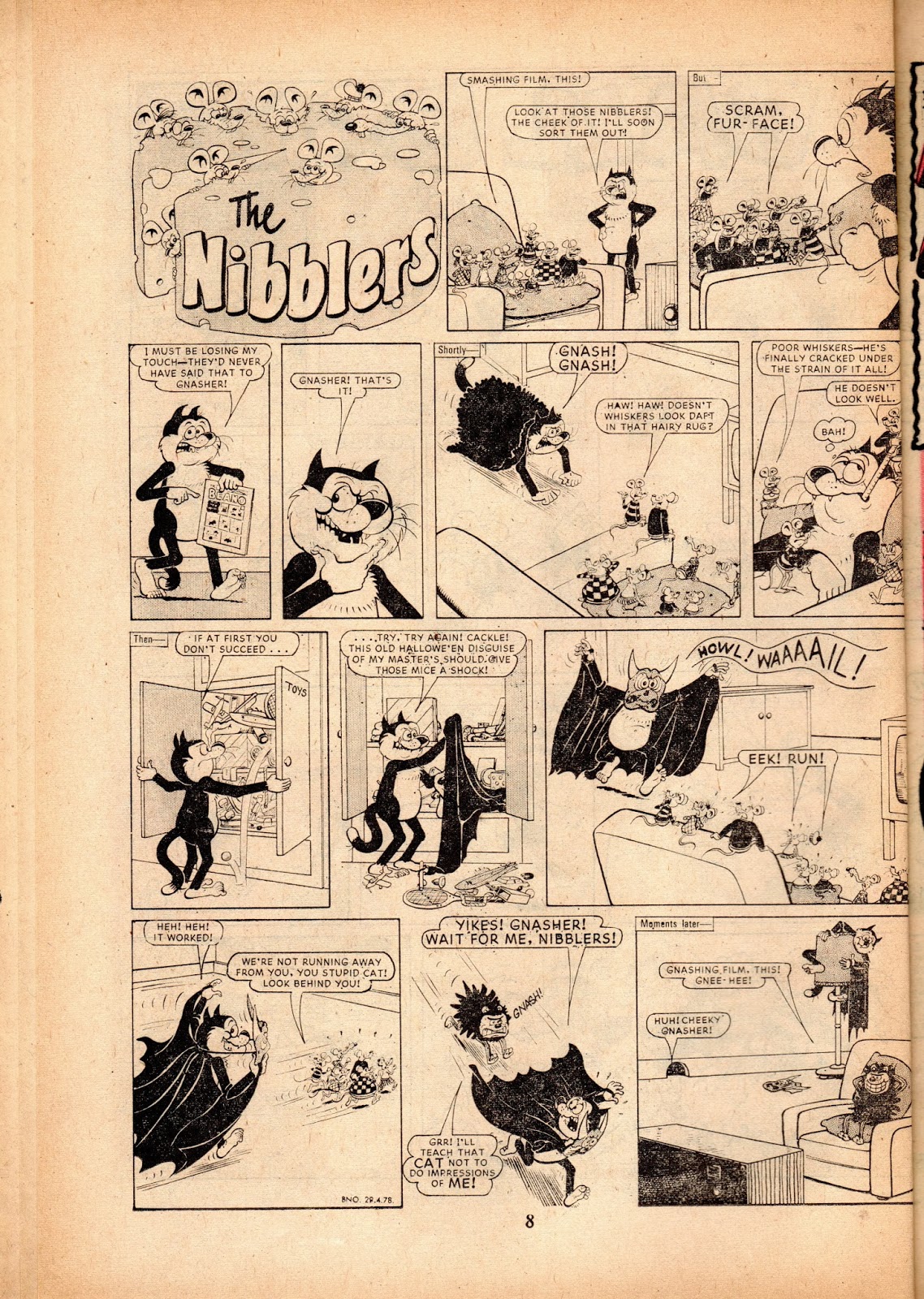 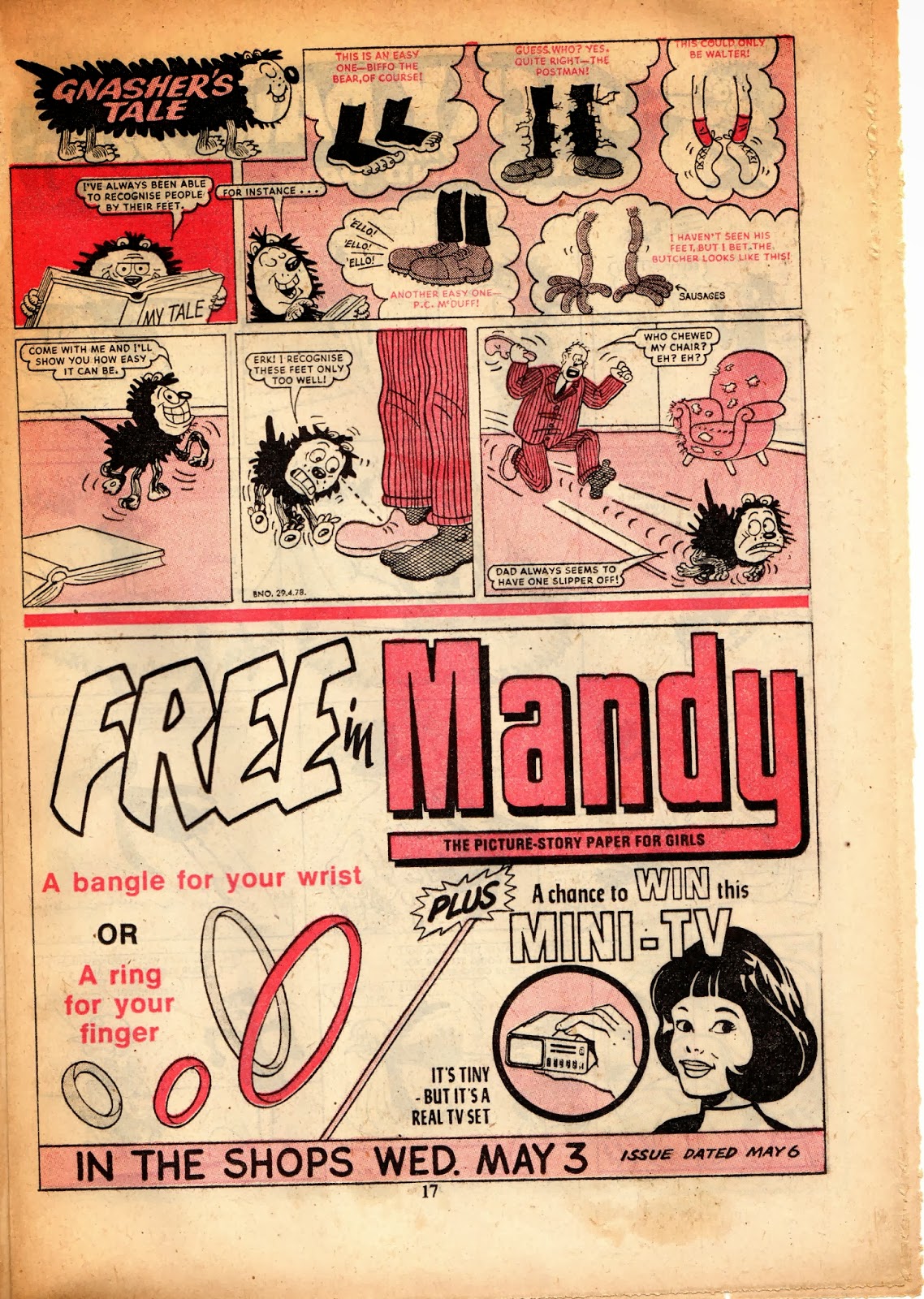 Don't forget to see Monster fun review by Kazoop...first year is up now...its packed with info and pictures...I've been so looking forward to this..

*KAZOOP !!: 1975: A LOOK AT THE FIRST YEAR OF MONSTER FUN COMI...: People in the know say that preparations to launch a new comic often involved the production of a ‘dummy’ issue. One was appare...
at February 28, 2014 3 comments:

Its a great blog and is very detailed and I often reread the posts...so don't miss out. 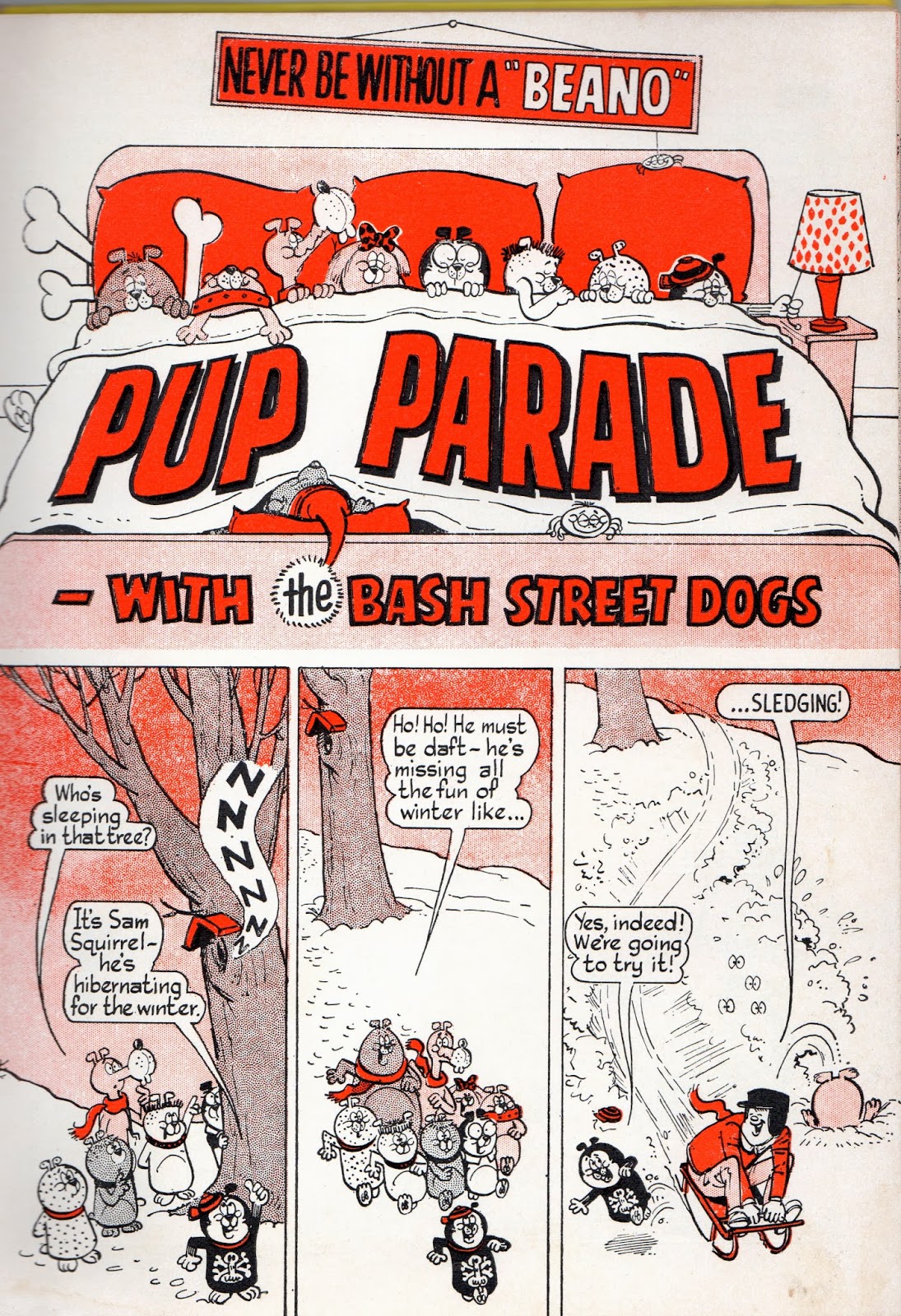 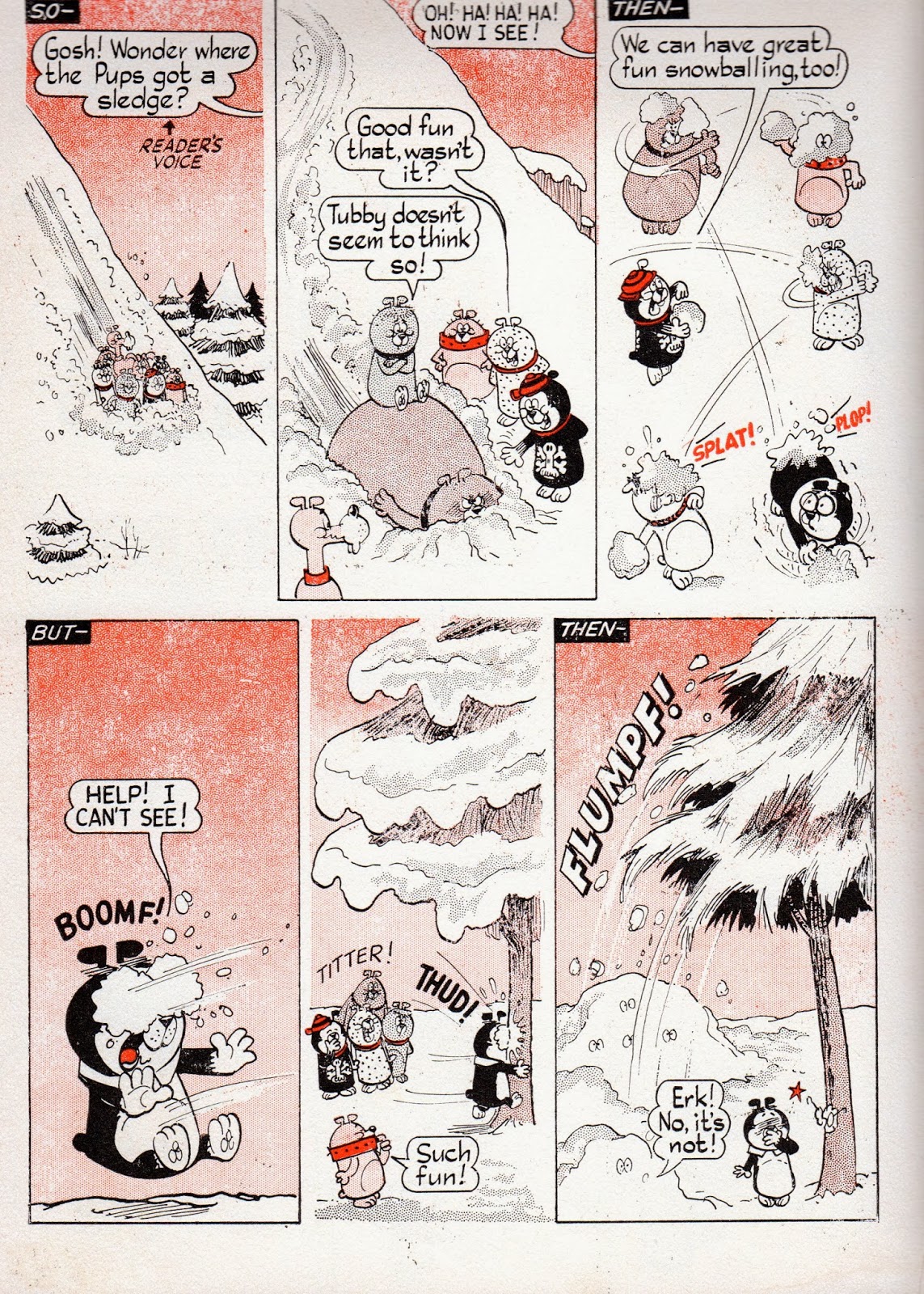 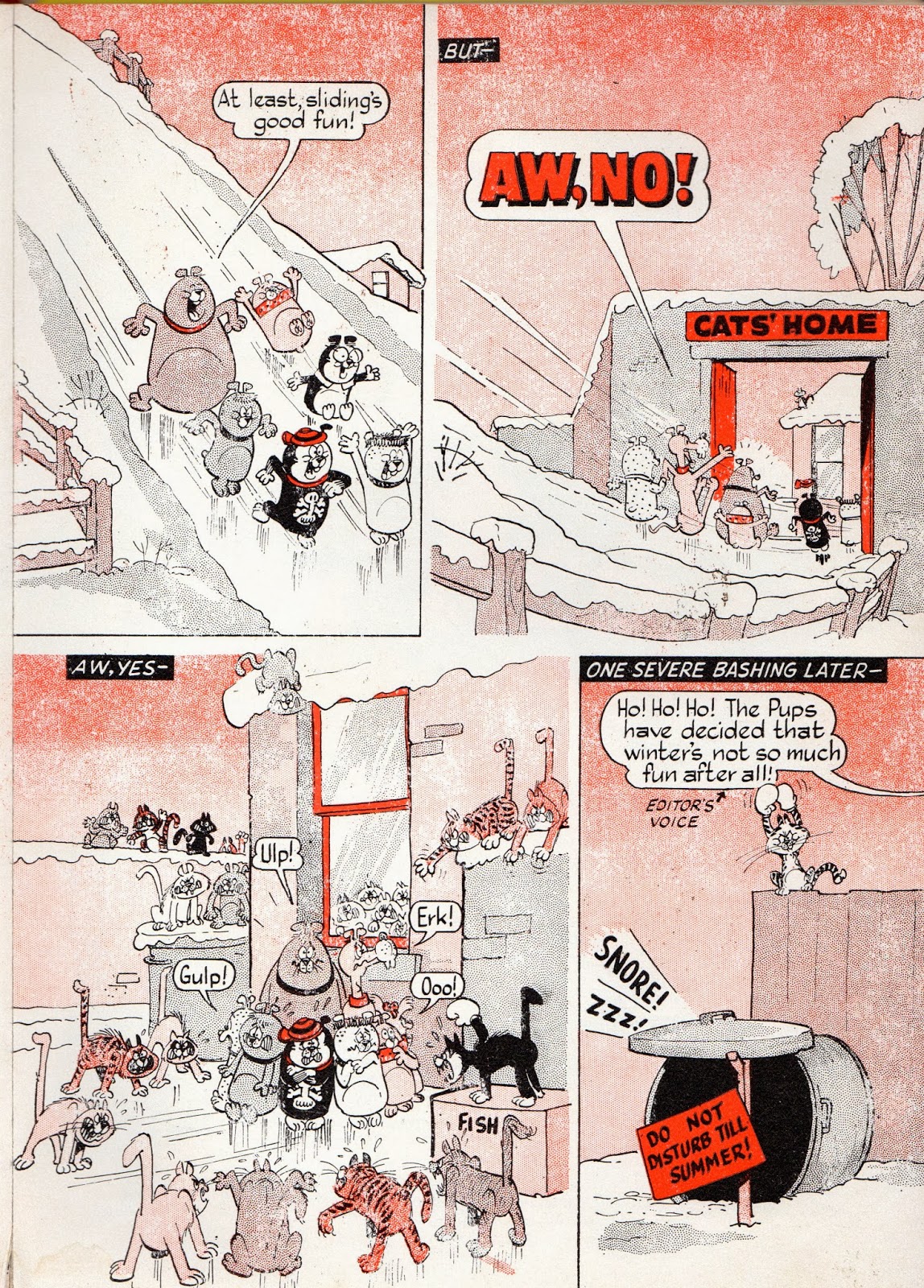 Love that last panel with all the cats ....the pups in snow is always fun.. -There are many comic artists I love a lot...this is one of them...it has influanced my own cartooning...the expression...movement..keeping it simple..as a child I used to copy (not trace-!) the Pup Parade they were nice rounded shapes to draw and each character was different and unique...always fun Bones and the skull and crossbones blacking it out with a felt pen.

His art is a joy to look at and eagerly turned to in The Beano of the 70's and 80's Pup Parade..
See link to his name at my blog to see his many other strips he drew for The Beezer..Buster and Nipper ,The Dandy..etc..


My thoughts and prayers are with Gordon's family and friends at this sad time..Peter Gray

Thanks Cameron Clark for the message..
Sorry to say that Gordon passed away on Thursday 13th Feb. Fanatic that he was, he was working on new cartoons up until a few days before his death, and even managed a last cartoon while lying in bed a few hours before his death. He will be sorely missed.

Alan Ryan's new to The Beano with Smudge and Number 13! 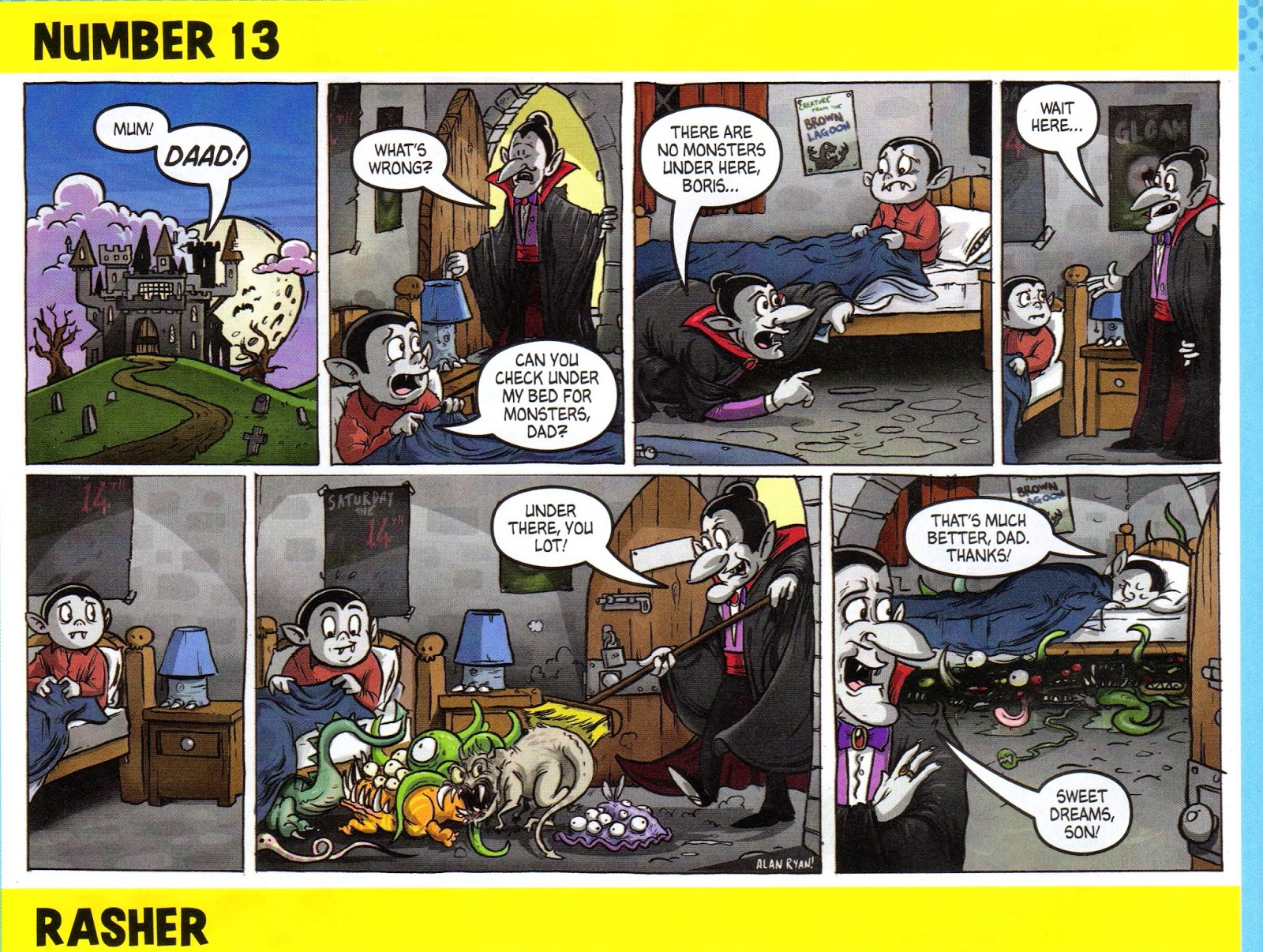 Its great seeing his work and its good news for him he has two characters in The Beano.
I love the humour and some clever stuff.

Interesting these strips were both in the past drawn by John Geering!

Check out his webcomic he has also done.. (thanks Lew Stringer for the link!)

Buy The Beano this week and see many old characters are back...like Lew drawing Rasher the pig.
at February 10, 2014 No comments: