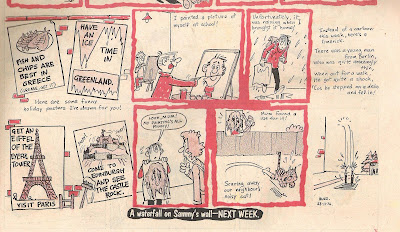 One of my favourites in Buzz..by the great Gordon Bell..Classics of the comics should show this gem..

Go and see this great website all about DC Thomson Buzz...
Its packed with information!
by toxteth o'grady.
http://home.btconnect.com/thetopper/
at April 06, 2009 3 comments: 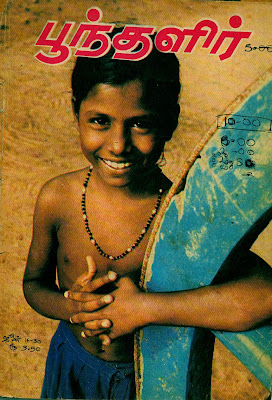 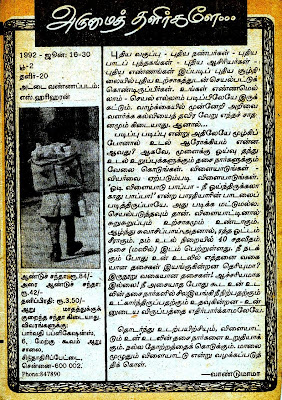 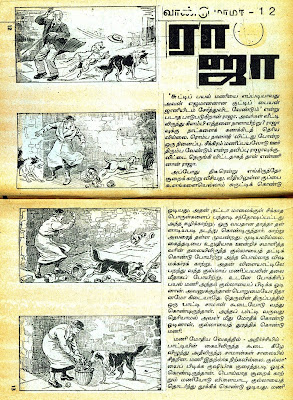 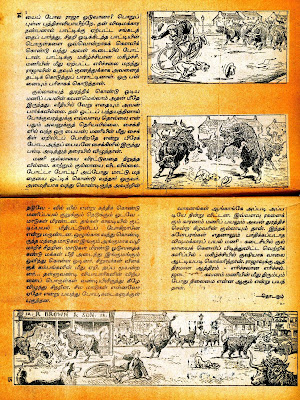 Apologies for the delay in sending the Scans. Lots of Travelling and Hectic Schedule made my Life very tough and that was the reason why i couldn't scan and send the copies earlier to you.

Now, in Hurry i could find only one magazine featuring This story in June 16th Edition of 1992 in the Children's Magazine Called "Poonthalir" (Which Literally means The Bud of the Flower). this is the 12th part of the Series which is called as Raja (King) in Tamil.

Kindly check it out and confirm that is this Black Bob or any other. If it is Black Bob, i will try to find the other parts of the story (if i have all) and scan it and send it to you by this week end.

A Little bit info on this magazine: Poonthalir is a Childrens Magazine which was originally started by the Paico Publishers in the Late 70's. And at that time they had a tie up with India Book House and other syndicated Houses to feature 2/3/4/5/6 page comics stories (A La Buster type) apart from features on science, literature and historical facts.

Poonthalir had a Glorious Run in the 80's which were considered to be the Golden age of Tamil Comics and Mr V.K Murthy was the associate editor of the Magazine and he had a Pen Name called Vaandu Maama (Uncle for the Kids) and Boy, what a talent he was.Often he will be the one man army apart from the syndicated strips.

Poonthalir was out of Publication in 1990 and later the management changed and They revamped the editorial and this time Mr V.K Murthy was the Editor and they had a healthy run till 1993, after which Mr V.K Murthy fell ill and Passed away. Later on the magazine dragged on till 1994-95 and closed shop.


By the way, One of my comics from India is currently living in UK and he also has a Blog. If you wish to contact him in local, you are also welcome as he is one champion of an researcher when it comes to Tamil Comics in general.

It is Black Bob...these are great and thanks for the info..

Thanks so much this is very interesting and makes my blog very good..

thanks Peter
did you take any photos of your travels...like to see a few..

Happy that i could help you in any way. Just give me 2 Days time Maximum and will try and search all books to find out remaining parts of the story.

Am Sure that i have atleast 2 or 3 more parts of this particular series. Will try and get them scanned as soon as possible.

By the way, my travel was more like business oriented and hence didn't had much time to go out. Sorry on the photo's part.

Cureenty am working on a Post on Reg wootton and this one will be posted in 1 or 2 hours time. Based on Reg wootton's works in The Sunday Express (Sporting Sam), Knock Out / Valiant (Sporty - Featured in Tamil in India) and Buster (Tubby).


Thanks King Viswa just amazing to see...a very British subject appealing to another Counrty...its a bit like Andy Capp being accepted everywhere..
at April 01, 2009 5 comments: