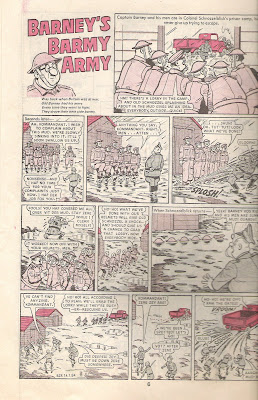 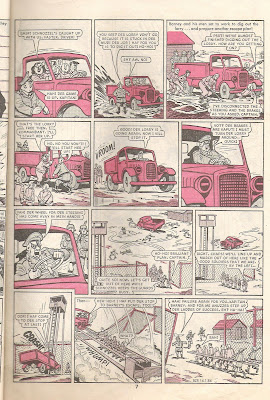 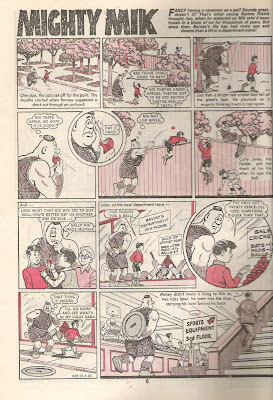 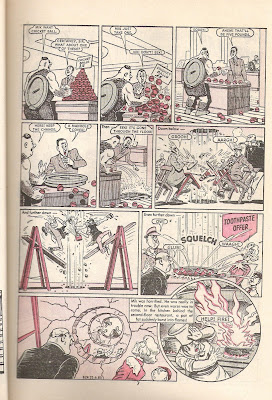 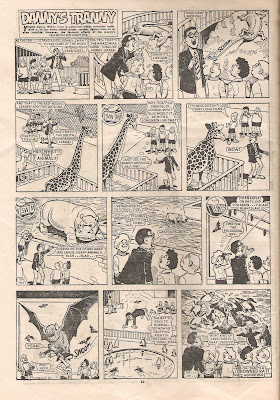 Danny's Tranny Topper this example is from the early 80's

Mr Licko and Mighty Mik are both Ken Hunter. Ken always seemed to be given these light comedy adventure strips to draw rather than out and out adventure strips like the Jellymen. Big Fat Boko, Sir Laughalot, Big Chief Running Chump, Mick on the Moon, Hornet Wilson, Danny's Tranny were all in this vein in Topper and Beezer. As well as his work for the comics he did do the odd strip for the girls papers and even the Hotspur picture paper early on, usually with Nature or animal themes. I've always thought, when in more serious mode, his style and that of Charlie Grigg were rather similar and open to similar uses. from Kashgar (Ray Moore)

Ken Hunter is an amazing artist who brought to life some truly memorable charactors who we all grew up with,he is a kind and gentle man with an amazing witt and imagination.He passed down many of his talents through his family who followed in his footsteps by through the arts.
Now at the age of 91 ken is not in the best health and time is running short but we know he has lived a full life brought alot of love to many people and will be rememberd as a extremley talented artist...............
For my Granfather (papa) with love Zoe x

One of the best-ever British comics artists in my view. Incredibly accomplished work.