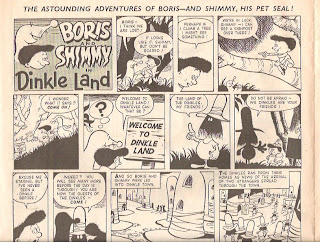 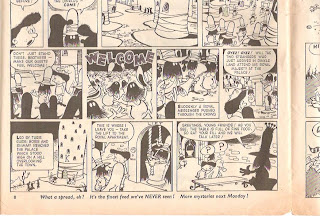 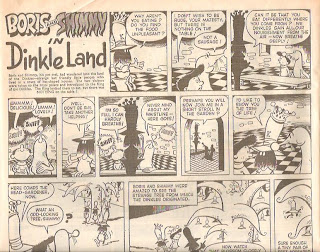 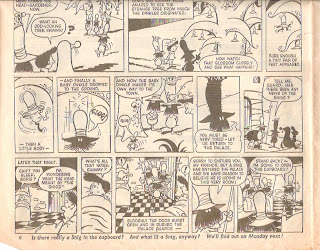 The artist is unknown But he must of been inspired by The Goon Show from 50's radio.
Ken Dodd had his Diddlemen is this an early version?
A very strange quirky short lived strip..
like the way they are grown from trees..
In a later strip they have a boxing match they don't hit each other But say insulting words at each other which has the effect of being hit and even knocking them out!! names do hurt you in this strip..
at May 17, 2010

The artist is my father, David Myers. I was the first to see the stories unfold - could hardly wait to see the artwork before it was sent off to the publisher :)

Thanks Jane..did he draw other things for comics?

Do get in touch if you'd like to know anything else :)