From Jackpot annual 1986....see Lews' signature in the first panel..a ghost artist with a name...normally drawn by Tom Paterson. 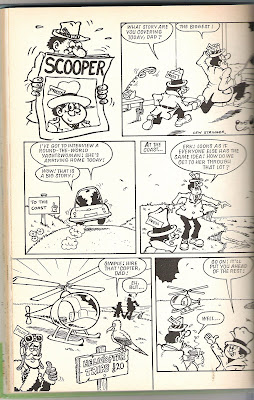 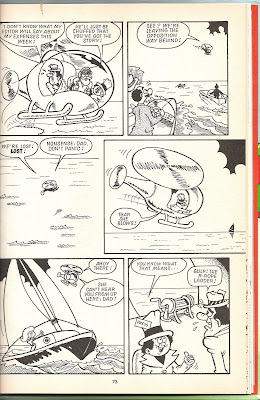 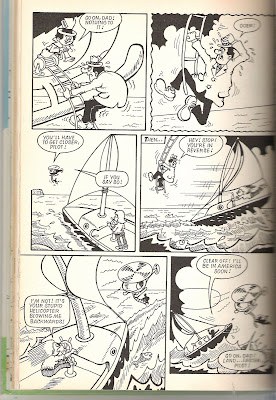 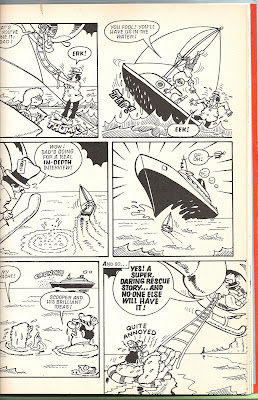 Regarding the Scooper strip. Although I'd been freelancing for Marvel UK since 1983, the Jackpot Annual job was my first published strip for IPC. I'd already drawn the first Tom Thug strip for IPC but that remained unpublished at that time while the company made their minds up about the comic. So Bob Paynter, Group Editor of the IPC humour comics, kindly offered me the Jackpot Annual four pager.

I was asked to ghost Tom Paterson's style, but I was allowed to sign my name to the strip. I was quite anxious drawing it, - my first strip for the mighty IPC, and in an annual too, but very pleased with how it turned out. It's not perfect by any means, and I'm sure I'd draw it differently today, but it was fun to do. I can't remember who wrote the script but Bob Paynter had subbed it and changed some bits before I received it.

The following year I did a six page Bookworm strip for the Whoopee Annual, which I both scripted and drew. This time I was asked to ghost Syd Burgon slightly but give it my own touch. That was a fun one too, as I had Bookworm go to an alien planet.

From Whoopee!! annual 1987. It was normal practice for other artist to draw other peoples strip. It was a good platform for new comic artists to be tried out. 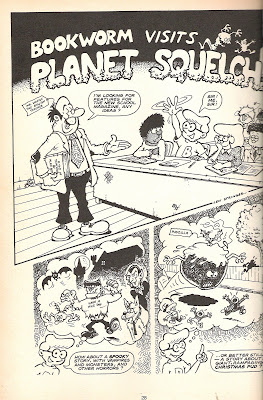 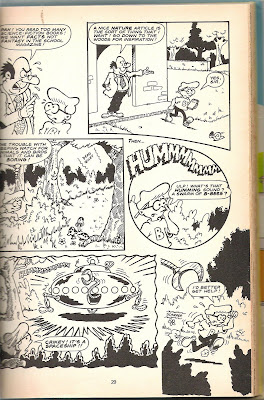 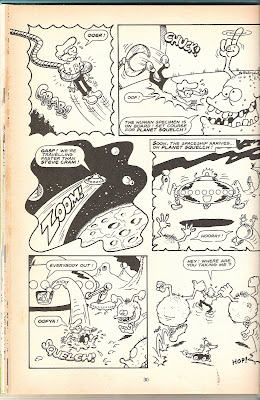 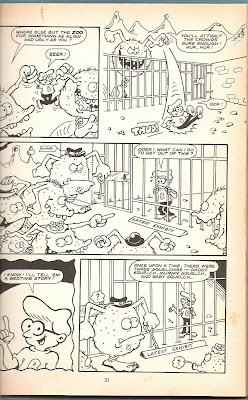 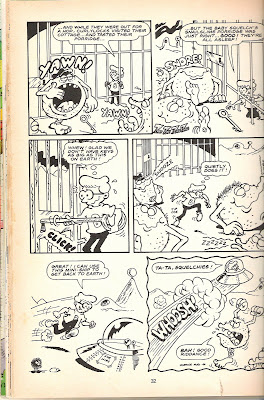 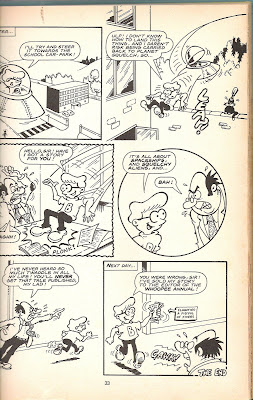 Lew Stringer who signs this work in a special annual Sci-fi story...very different to a normal Bookworm down to earth story. Its great fun seeing the aliens and monsters drawn in a fun way.

Well worth getting IPC humour annuals there was some nice longer stories in them and different artists experimenting with other characters...
at July 11, 2009

Thanks Peter. Just one correction though; Scooper was my first published work for IPC, but as I said, I'd been freelancing for Marvel UK for a few years before that.

That mistake was a bit silly considering he quoted an email from you Lew. It's always interesting to compare different artists on the same strip. :) Highly unusual to see a ghost artist allowed to sign their work. Good find.