75 Years of The Dandy Joe White and the seven dwarfs

Email ThisBlogThis!Share to TwitterShare to FacebookShare to Pinterest
Labels: Bill Holroyd, The Dandy

75 years of The Dandy Christmas 1975 my thoughts on the online Dandy! 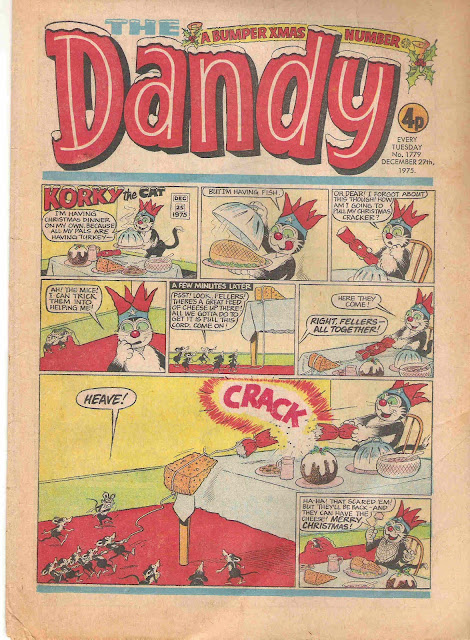 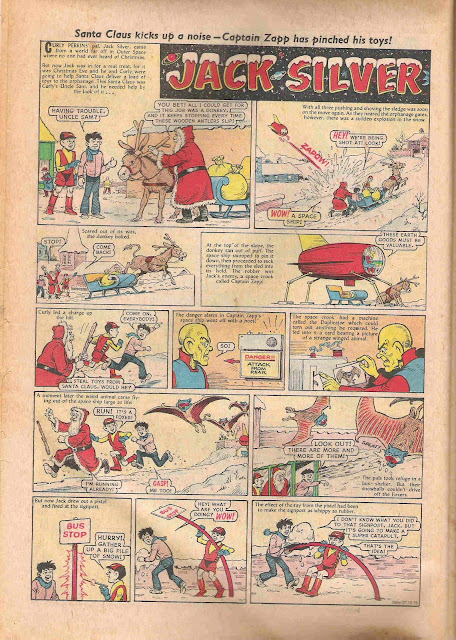 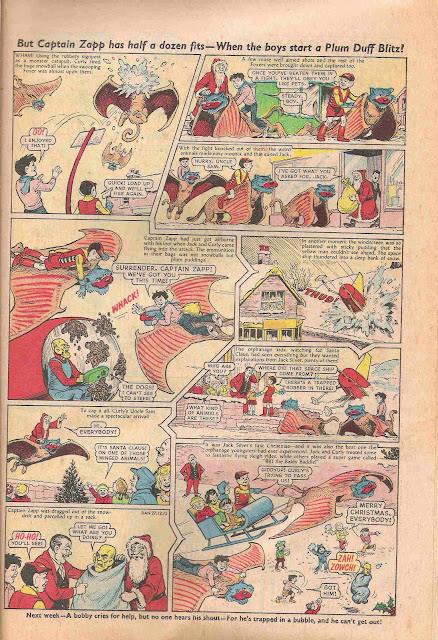 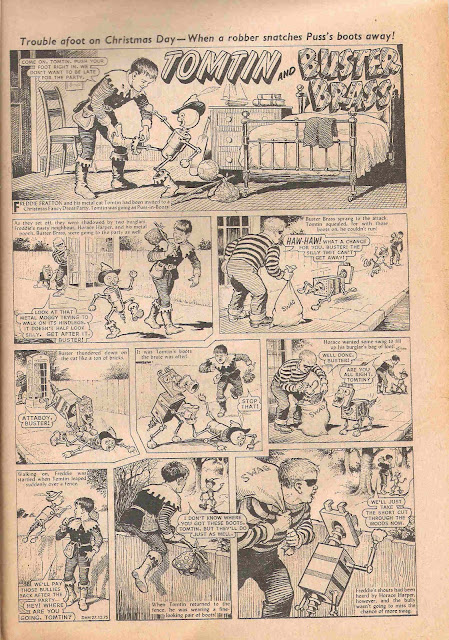 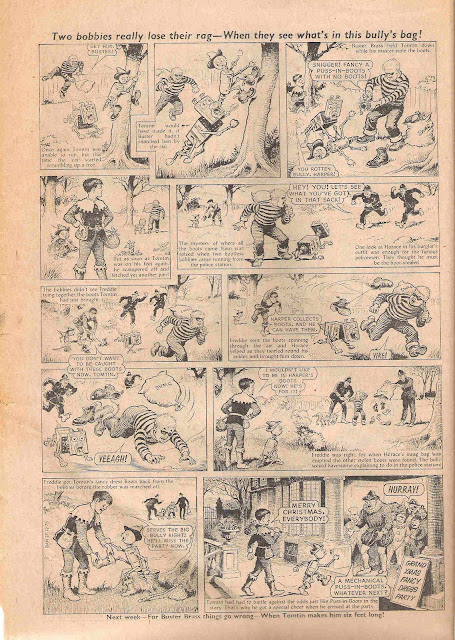 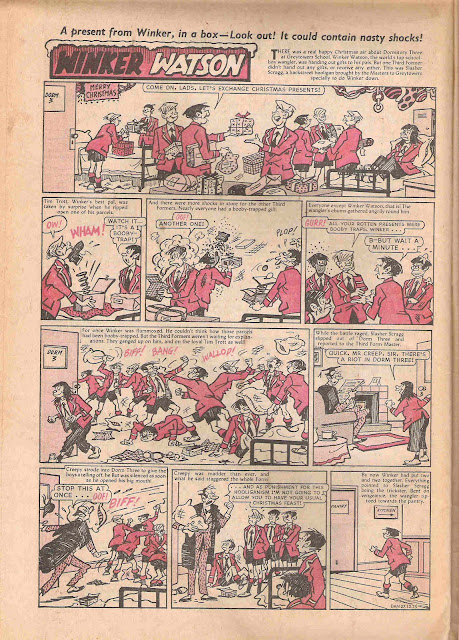 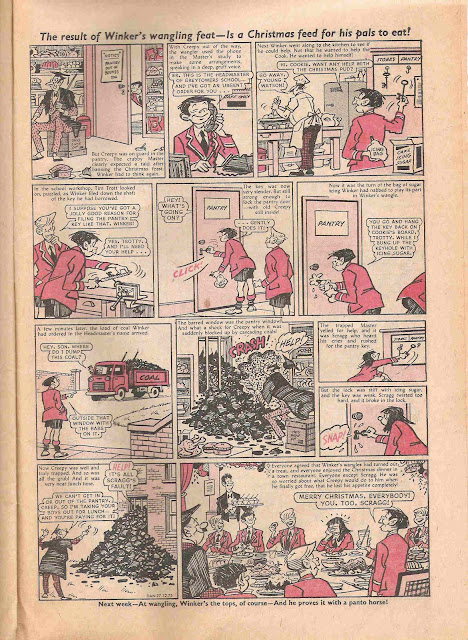 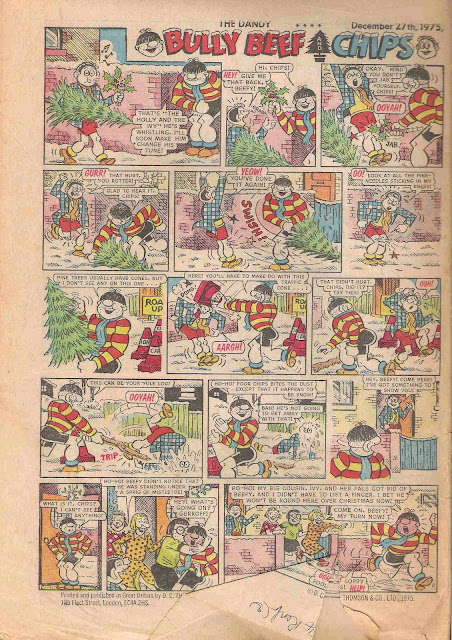 Bully Beef has a weak point love!!
I wonder if the Korky cover had something else planned to pull Korky's cracker has there is a llot of space on the left?

Doing all these post on The Dandy may give the impression The Dandy has ended...But there's a very good version
online at www.dandy.com

It is very well drawn and gone back to an old style. Desperate Dan, Bananaman, Brassneck and Mister X are all very good. though I enjoyed Jamie's Desperate Dan and was a nice change I think Jamie's work is much better for quirky strips like the Numbskulls. It is a shame the print version ended when this version online is so good and needs to be seen. Hopefully if enough people subscribe at £1.50 an issue it could come back in a print form in the future!

Some ideas I would like the online Dandy to do...put all games in one section and not in the middle of the story as my old computer struggles to make them work. Also it would be fun if there was one old page from Dandy's past included. Another idea maybe there could be a print version to order online avoiding the shops. I suppose being a collector of comics I do prefer paper versions. With Tom Paterson coming out of retirement to work for the online Dandy later on I've been very impressed. Well done everyone!

75 years of The Dandy- Whacko! 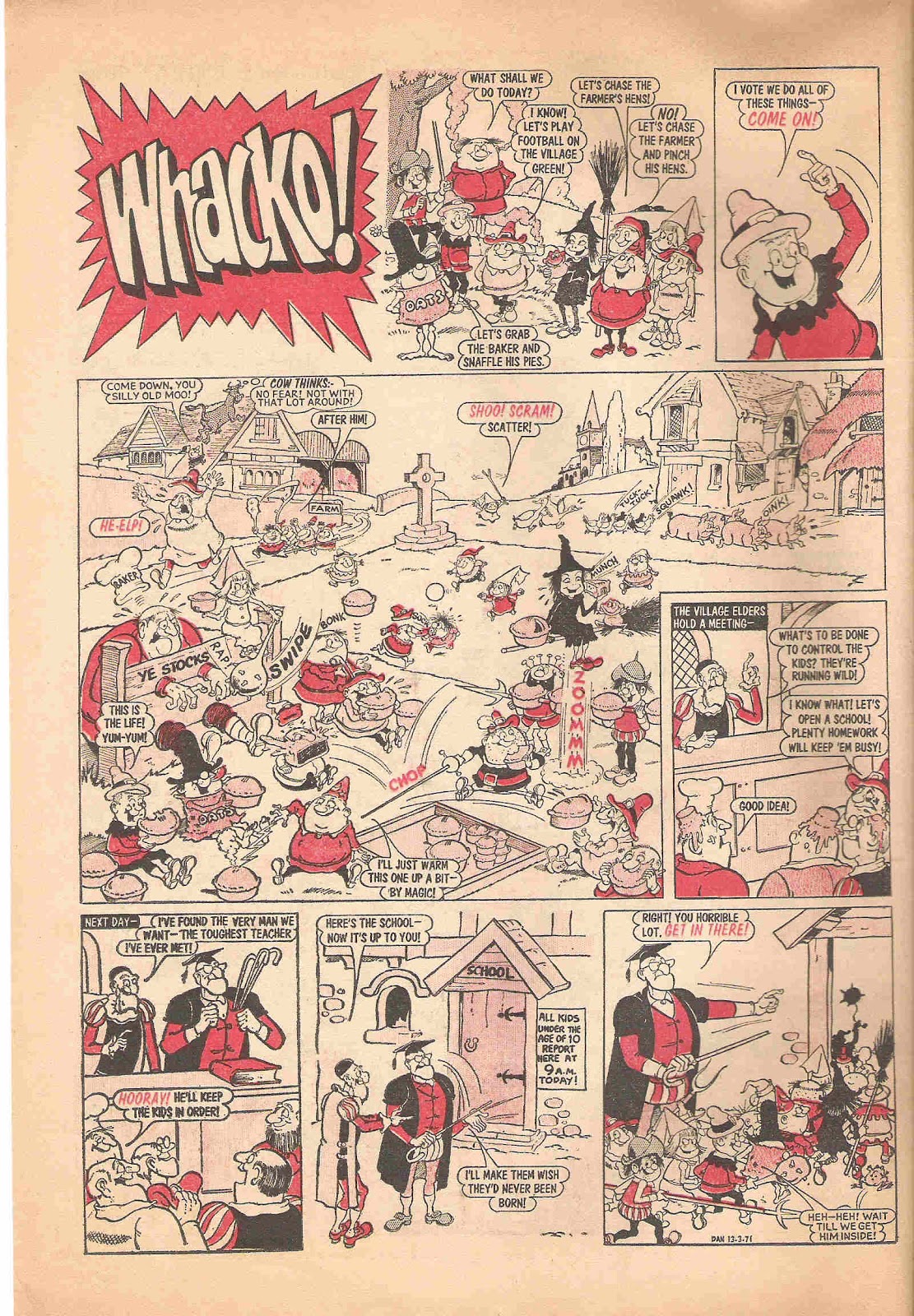 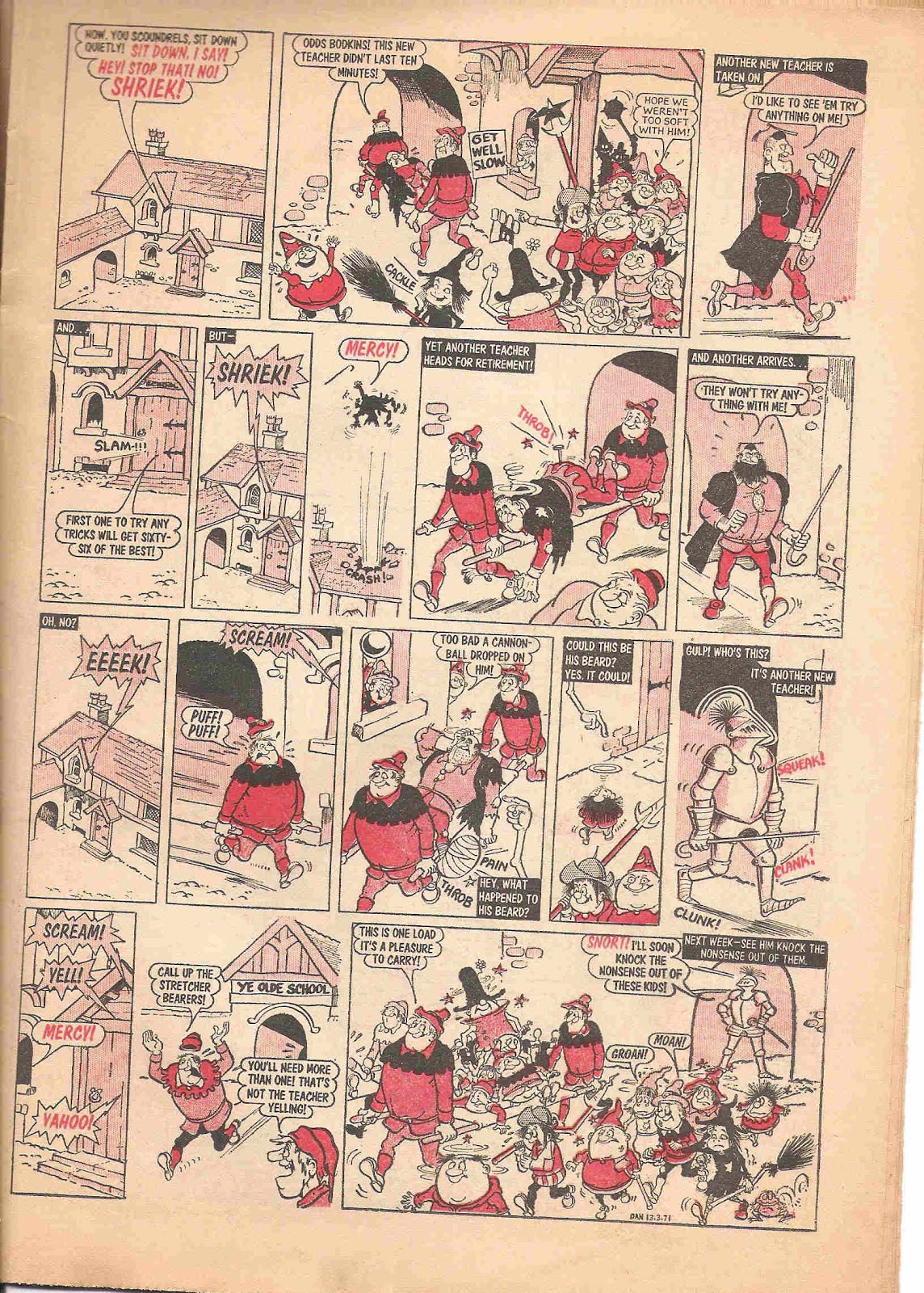 This strip is so full of detail and period pieces..
The beauty of this strip is its showing the past so it can get away with corporal punishment, a kid smoking a pipe and them running wild in extreme ways..
I like how each kid has a different costume and they look individual its all very worked out.
Drawing crowd scenes is tricky to do But Ron is brilliant at it..
Ron also drew the brilliant crowded Robin Hood's Schooldays strip later..

75 years of The Dandy The Tricks of Screwy Driver 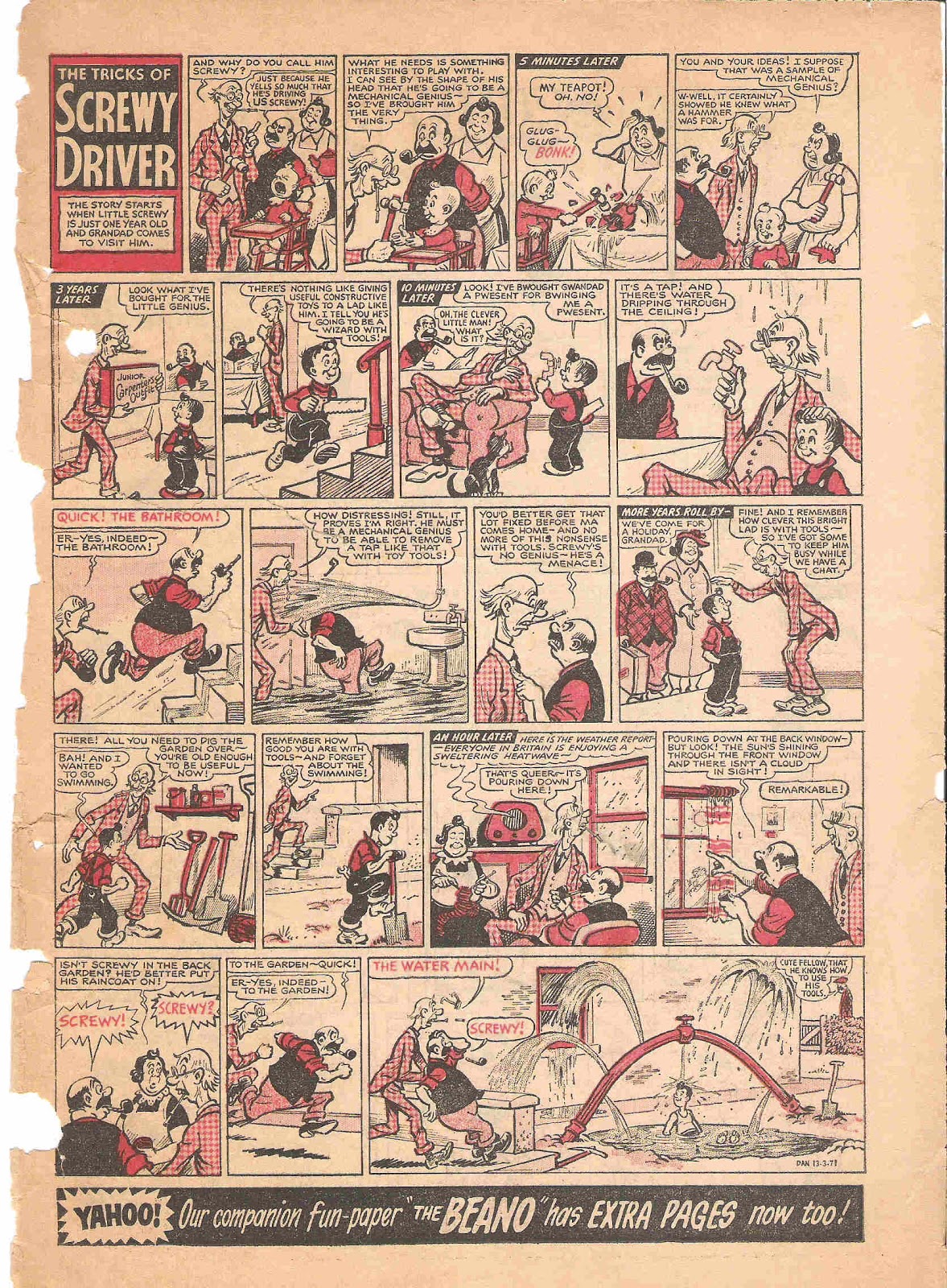 Heres a brilliant reprint which started in The new big Dandy with extra pages 13th March 1971.

I've really love Bill's work and been rereading my old Dandy just for his work.
Look at all the great action lots of running...good depth..which as a cartoonist myself i struggle with....its a real 3D world hes created.

Bill is great at the slapstick...George Martin is also great at this..
12/11/55 is when it started in The Dandy.
Its always nice when a new story has a origin..

Email ThisBlogThis!Share to TwitterShare to FacebookShare to Pinterest
Labels: Bill Holroyd, The Dandy

75 years of The Dandy Desperate Dawg 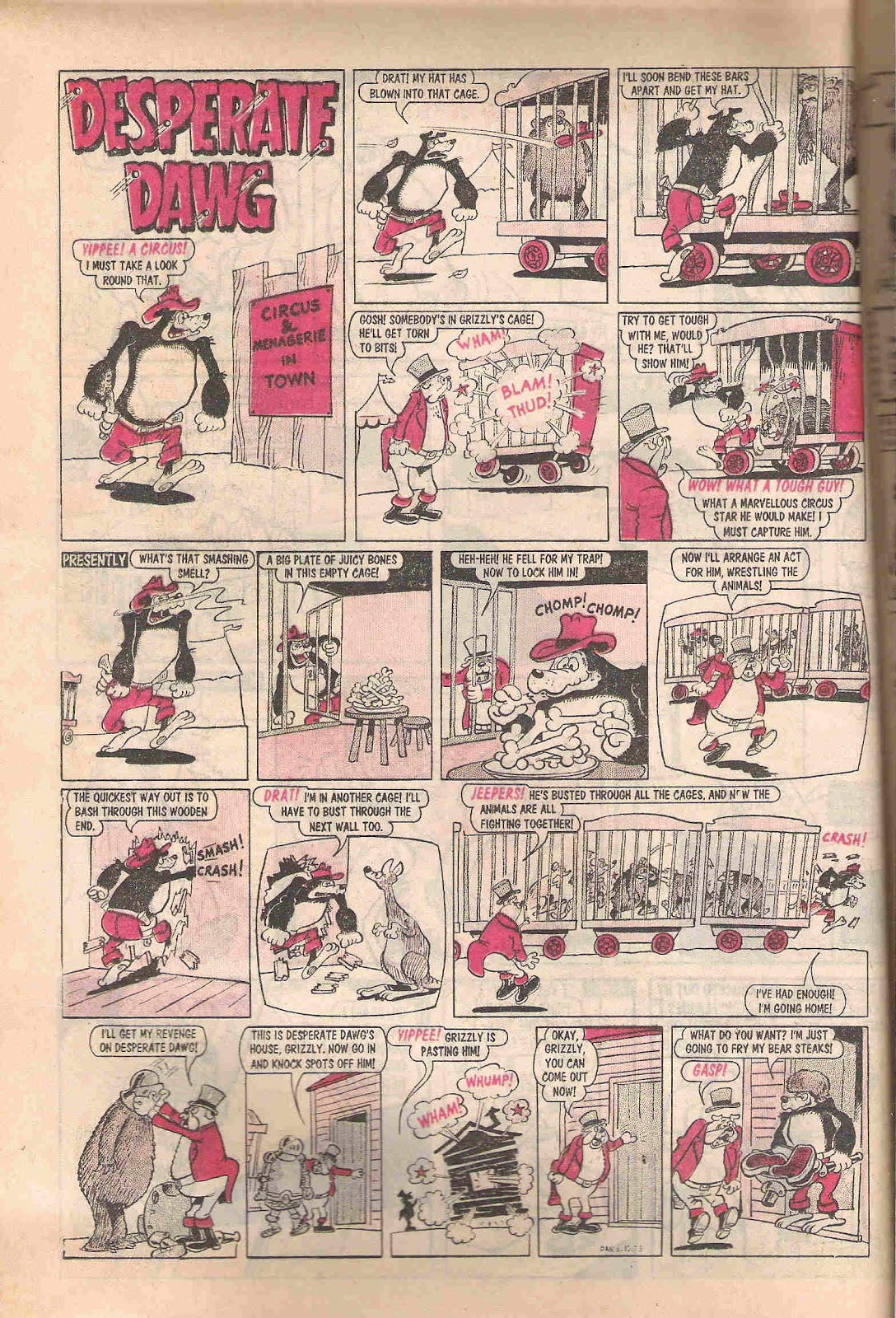 I remember as a kid I thought this strip was a bit of a cheek using Desperate Dan's title name...But it won me over and some nice George Martin art slapstick to enjoy.

It's funny seeing Desperate Dawg eating bones! in the second version he was less dog like...
what is nice about this strip is all the different type of dog face types used...


See this link below thanks to Digi for the heads up at comicsuk forum..

Lots of interesting news about scanning of comics...Tom Paterson coming out of retirement to draw for the digital Dandy...well worth a read..

Hopefully tonight I'll get my email from the Dandy sub so I can see Dandy number 1 online...
at December 13, 2012 3 comments:

Email ThisBlogThis!Share to TwitterShare to FacebookShare to Pinterest
Labels: George Martin, The Dandy

75 years of The Dandy Bully Beef and Chips do Star Wars ;0)

Heres a gem by Jimmy Hughes... 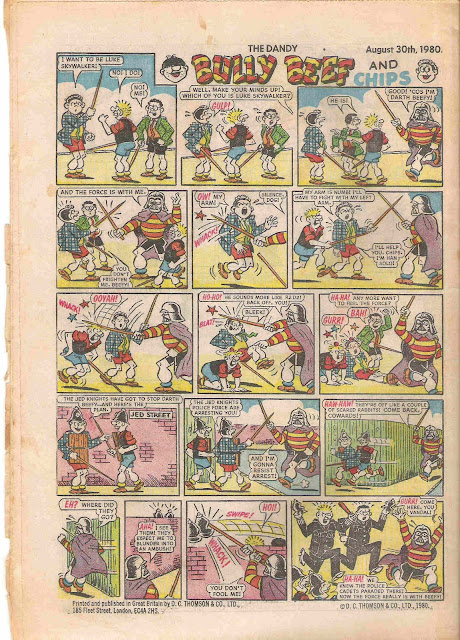 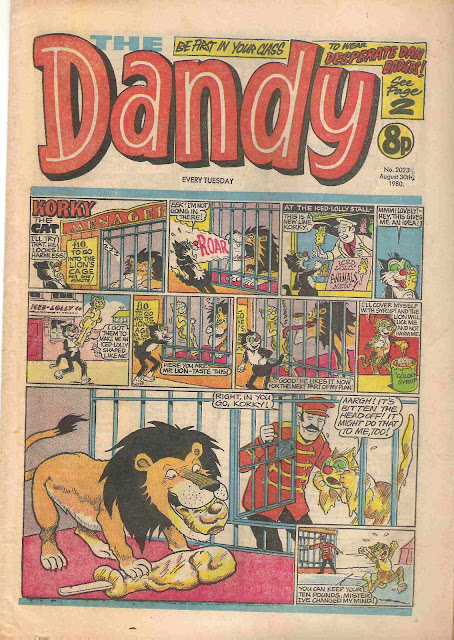 I love the Dandy its so weird...wonderful...surreal and silly. This Korky one is just brilliant I had to show this as well. Roll up roll up win £10 to stay in a lion cage for one minute...and this is a good idea!!! Loved the ending lol.. 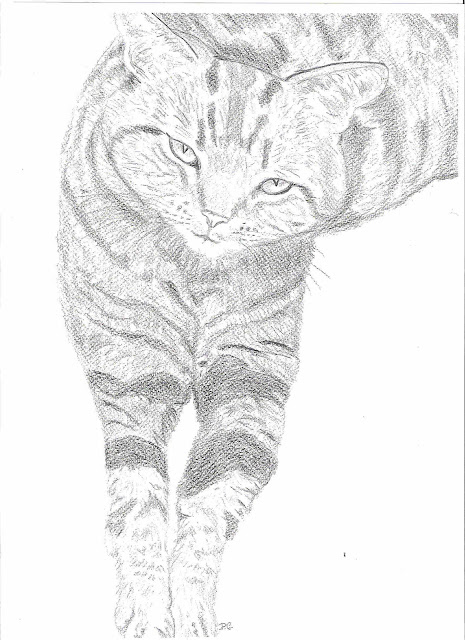 Really pleased with this drawing I've done for a customer for £30. Its come out so well :0) I'm hoping they will let me use this for cards... 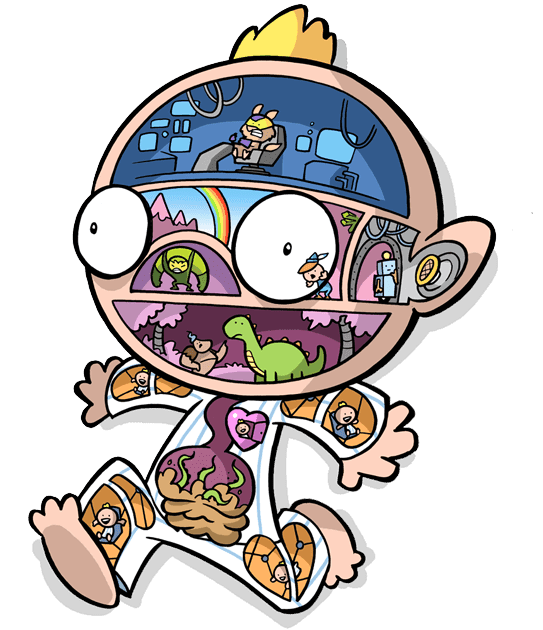 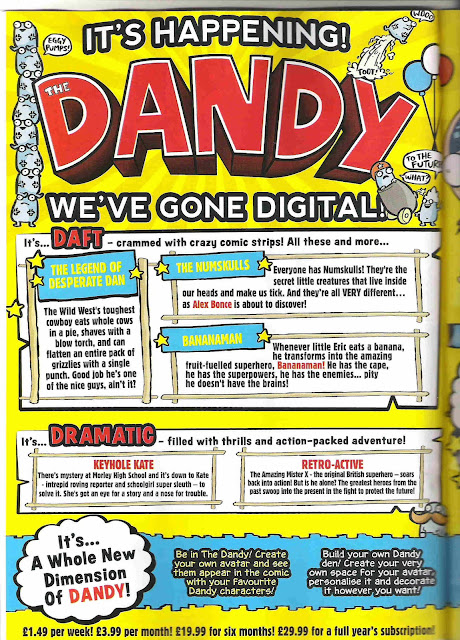 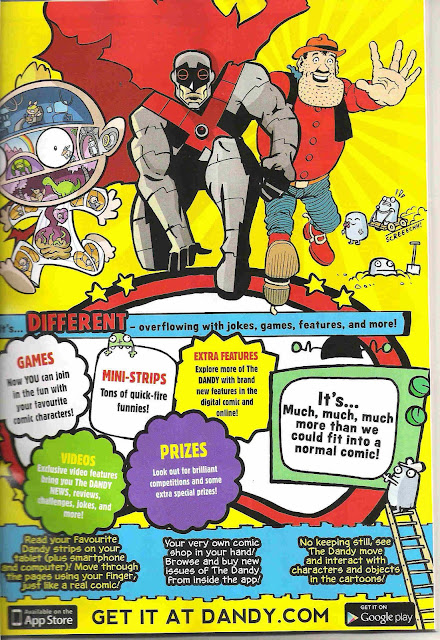 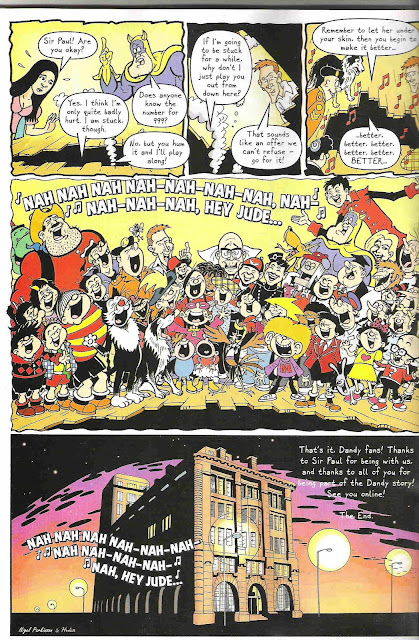 A nice story by Nigel and great he got Paul McCartney on board. Nigel is great at drawing cartoon likeness of famous people.
A very moving last issue...I found Ken's Desperate Dan the saddest which was of course number 1 Dandy character.

Once my email for subscribers comes through I'll be about to read the new Digital Dandy. Hope they hurry up...But you can read a sample at
www.dandy.com

Get your copy tomorrow the last ever Dandy.. 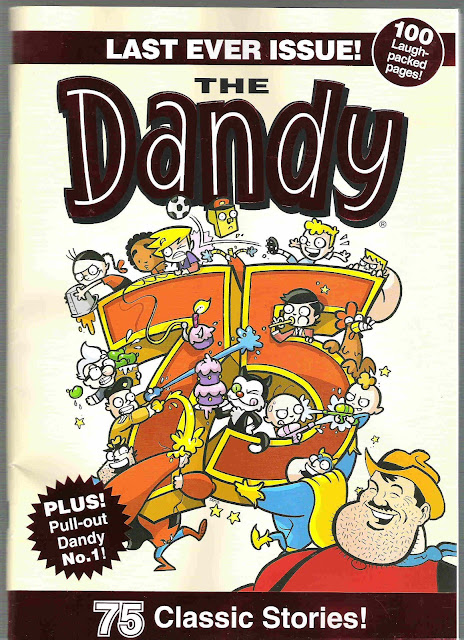 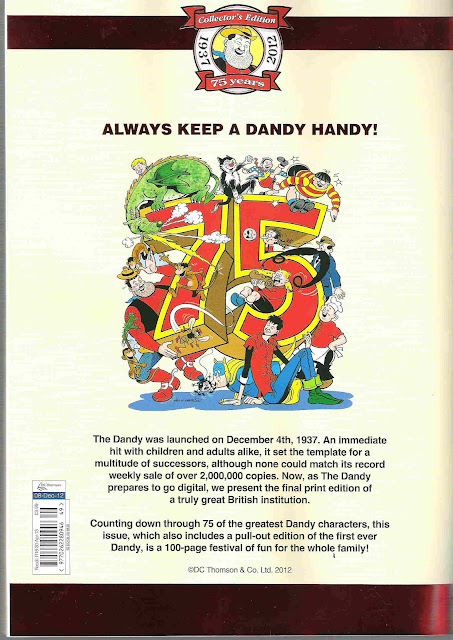 75 Years of The Dandy the Domes John Geering 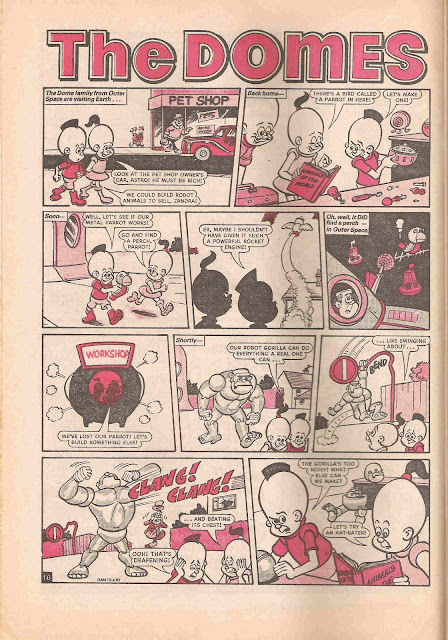 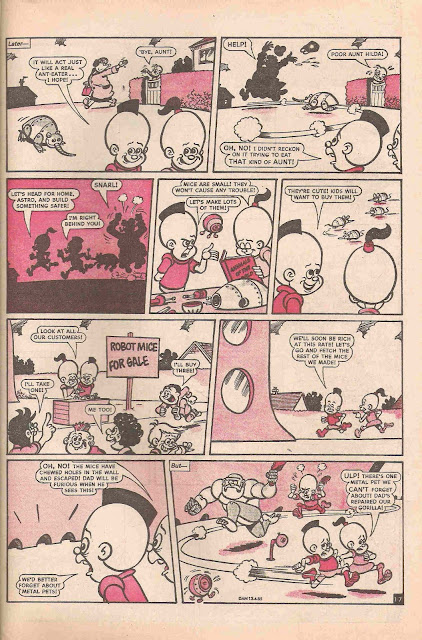 This strip didn't quite work and was short lived. I think the alien characters look very weird with huge dome heads..

Email ThisBlogThis!Share to TwitterShare to FacebookShare to Pinterest
Labels: John Geering, The Dandy

Well worth a read to an amazing talent..